We’ve been sent some images of ‘tank’ 1775 before it came into our collection. These show extensive work being carried out around the offside front wing to remedy corrosion. 1775 has never been restored as such but it has received several repairs and upgrades over the years, most notably when we converted it back to its original semi-automatic configuration. The other picture was taken at Crich, probably in 2001, when it was awarded second prize in its class at one of their events.

Fans of this iconic Ribble bus will be pleased to know it is now fully operational again and will be at both the Stagecoach Open day at Morecambe depot on Saturday, May 28 and at our running day on May 29. 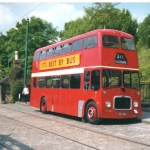 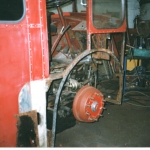