In 1963 Ribble bought a batch of 22 long Cavalier coaches for express services, private hire etc. A further three were delivered new to the Scout subsidiary. All were withdrawn by 1974. 726 spent almost all its life based in the Lake District being delivered new to Keswick depot. In 1971 it spent a few months at Manchester before moving to Kendal in 1972 where it remained until withdrawal in 1974.

Passing initially to dealer Norths it was acquired by a small coach operator Deeble of Upton Cross, Cornwall. Withdrawn in May 1978 it passed to Gainsbury of Newbury Park where it was used as a store / office before being acquired for preservation in 1982. It remains intact but unrestored in our collection. 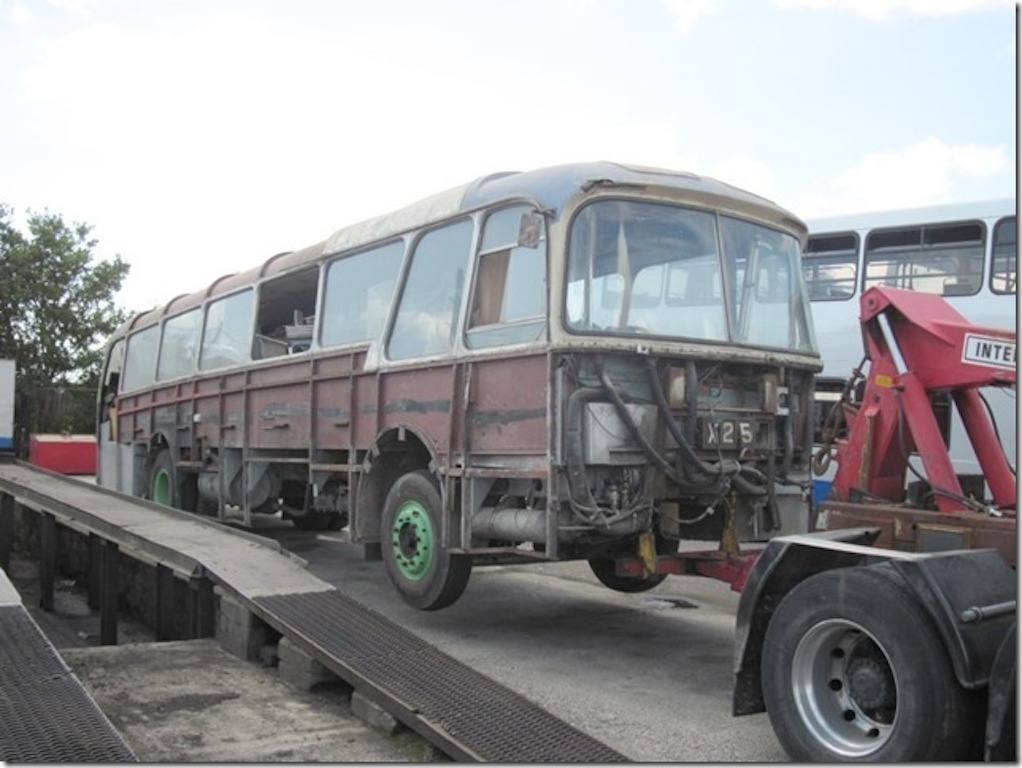