A diversion back to 1996 to look at a couple of our buses as they were then. At that time we were at our base in Inskip which was the first undercover accommodation the group had enjoyed. This allowed us to do our first thorough restoration project which was Tiger Cub 452. It was stripped internally and the windows were removed for painting. It was ‘relaunched’ in 1997 and has been an active member of our fleet ever since. Apart from an external repaint a few years ago and an engine swop it has not needed major work since then.

Former Standerwick 731 had operated for some time with Ingleby’s of York who livery it initially retained in preservation. It was in these colours when it visited Tram Sunday in Fleetwood before it joined our collection. It requires some bodywork renovation and a limited amount of mechanical work but it will return in due course. 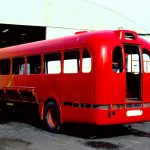 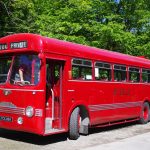 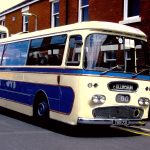