An open top Bristol VR has joined our fleet. Former Ribble 1995 is a 1972 flat screen Bristol VRT which was one of a batch delivered new to Carlisle depot. It then moved to Eastern Counties who converted it to open top. It has been in preservation for some years and since 2016 has been based in Yorkshire. A group of RVPT members have now acquired it and it has now moved to our depot. It was first used at Lytham Hall and will be out in Morecambe at the weekend. A full history will be added to the “our vehicles” section of the website shortly. 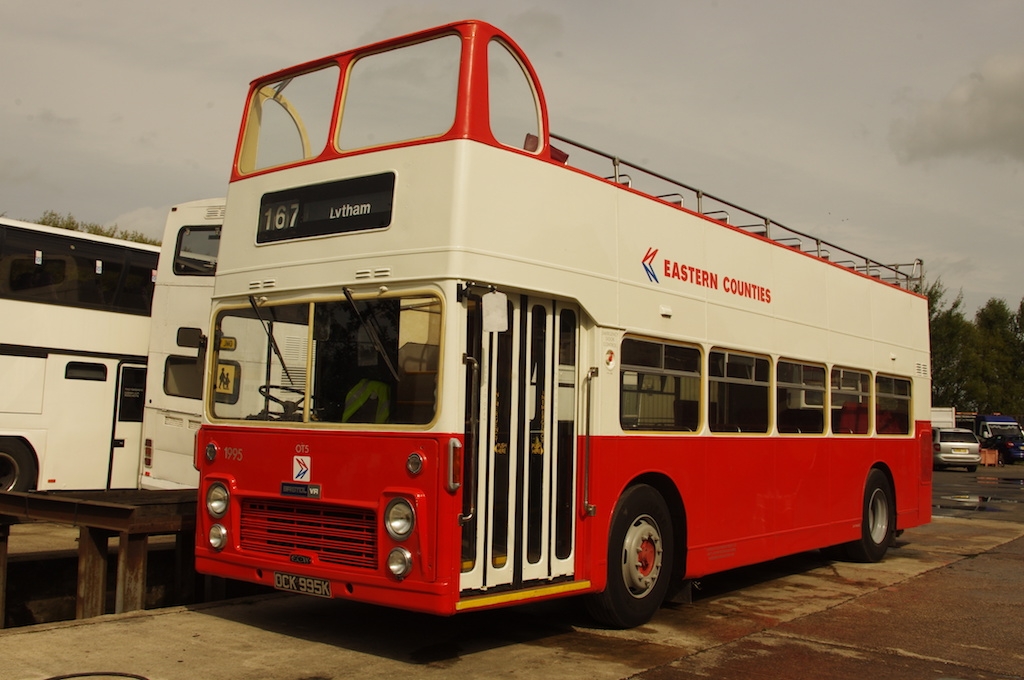 1995 being prepared for service at our Lytham Hall event