900 was a one off in the Ribble fleet and its high floor level meant it was often preferred for longer distance routes. It spent many years at Blackpool’s Talbot Road depot where it was often used on the Liverpool service. When that depot closed it moved to Fleetwood and then onto White Lund at Morecambe. After a brief spell at Kendal it was withdrawn in September 2006 and sold to Tanat Valley Coaches. Their aim was to deploy it on school services but it never entered service and was sold into preservation with our group in June 2007.

As with any bus with over 20 years of service it needed extensive body and mechanical work as one of the pictures illustrates. Once refurbished it was painted in NBC poppy red in the style it carried when new. It has since been a regular at our events.

Refurbished and restored to poppy red 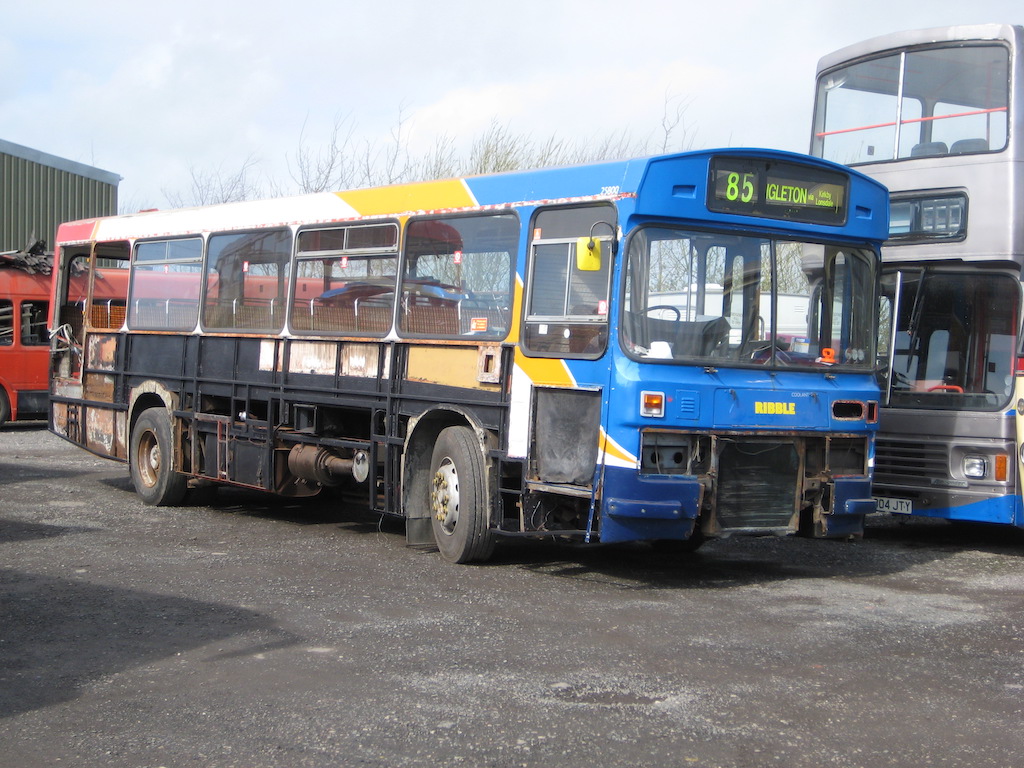