As previously mentioned we can only operate at a much reduced level in the current lockdown. However, some work is continuing including on 1467 our Burlingham PD2. Most recently the offside front wing has been trial fitted although it will not be permanently fixed in until all cab wiring is complete. Also receiving attention is Stagecoach Volvo B10M / Plaxton 114 which is now the restoration candidate in place of 109. The former is in better condition, notably the chassis, so will eventually be restored to its original 1990s condition.

Another bus being worked on is TD5 2057. We started having problems with it a couple of years ago when it was noticeably down on power. With only 85 HP it was never a racing machine but it could pull away from stops in lively fashion. The problem was traced to the injectors which were sent to a specialist firm for refurbishment. Upon inspection it was apparent that they were in such poor condition they could not be repaired but fortunately they were able to procure a brand new set, remarkable for an 81 year old bus. These were duly fitted but there was a problem with fuel supply to the engine which has now been diagnosed as a faulty injector pump. That has now been removed and sent away repair so hopefully 2057 will soon be restored to health. 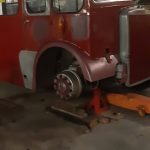 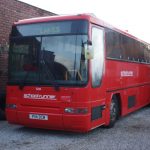 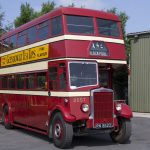