With minimal current activity to report we’ll look back at earlier days. 1624 was one of the large batch of PDR1/1 Atlanteans with Metro-Cammell bodies purchased in 1959-60. It was sold by Ribble in 1972 and worked for several years for Boon’s of Boreham. It was bought by RVPG members in 1980 for preservation and in due course was painted into Ribble colours. It was used by our group for a few years until we were able to acquire 1686 direct from Ribble. The latter was in much better condition than 1624 and as our resources were limited at that time it was decided to sell 1624 and concentrate attention on 1686. This was a wise choice as 1686 is still in good fettle after almost 40 years with us.

The photographs show 1624 just after it arrived at our then base at Carnforth (a story in itself which will be recounted in due course). The second photo was after repaint. 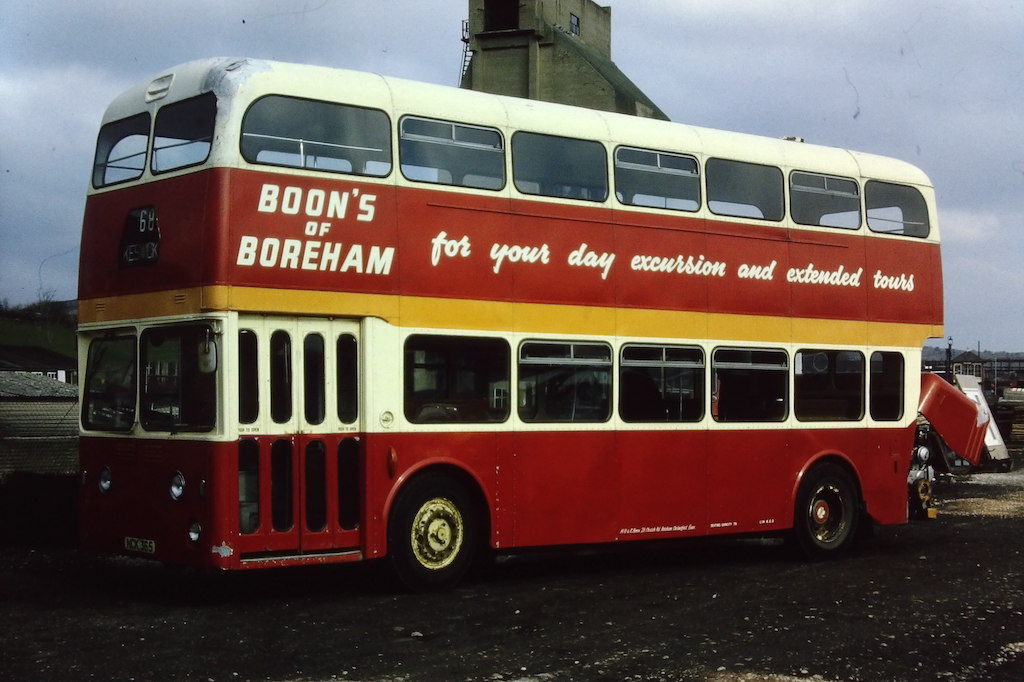 1624 after arrival at Carnforth 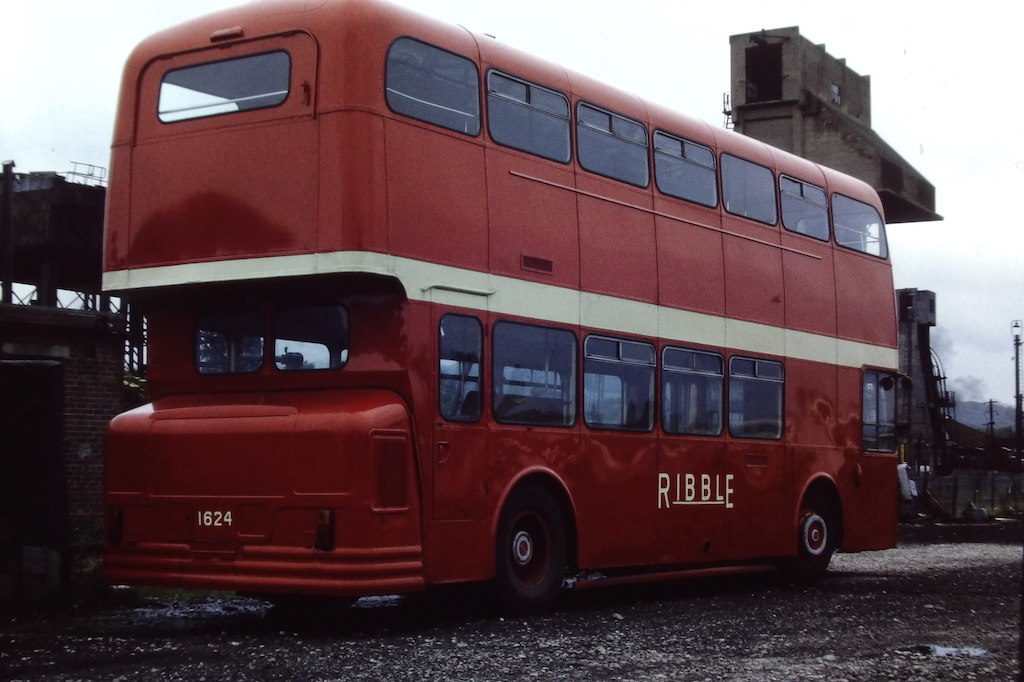