We’ve provided numerous updates on progress with our 1467, a 1956 Leyland PD2/12 with a 61 seat Burlingham body. Ribble took 30 of these with platform doors and just 5 with open platforms. Three of the the former survived into preservation and 1467 should be fully restored and on the road by 2021. Until recently 1455 was also in our collection but with the decision to focus on 1467 it recently went to the Fylde Transport Trust for continued preservation.

In the 1970s 1466 was also acquired initially by RVPG members but then went to a group in Barnsley who rallied it for a number of years. Subsequently it went with one of its owners to Maidstone & District who acquired the bus and painted it into their attractive livery. At that stage it was also modified by removal of the platform doors and a sliding cab door was fitted. After a period as a driver trainer it was eventually sold in 2015 and exported to Belgium, converted to single deck and turned into a mobile champagne bar.

The attached photos show 1466 at a rallies at Southsea and Sandtoft Museum. 1455 is shown at Inskip in 1998 soon after joining the collection.  Also attached is a photo of 1467 as a reminder of its current condition. 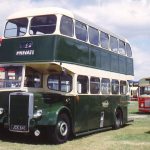 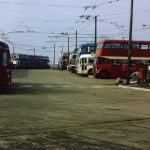 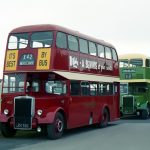 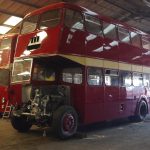