Leyland Motors was once a dominant force in the UK bus and truck industry and dominated its home town. Sadly most of company is now only a memory but it’s good to report that one former part of the operation survives and is thriving. CSA Group Testing UK (formerly mi-technology) occupies the former Leyland Test Centre and carries out testing work for many vehicle and other applications. On Wednesday, September 23rd they hosted an open day for clients and wished to show some of Leyland’s history. Company details can be found at www.mi-technology.com

RVPT took along four vehicles from our collection and the William Hunter collection provided four lorries. This gave an age range from 1936 to the early 1960s and showed that old Leylands can still sparkle. 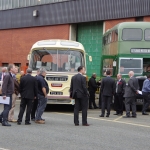 Guests tour the facility and inspect the vehicles 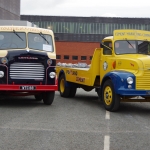 An Octopus and Comet on display 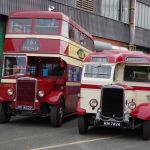 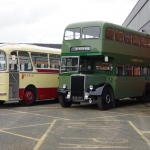