Although small buses had been used by operators over many years it was the build up to deregulation in the mid-1980s that led to large numbers of them being put into service. Ribble was no exception and in the late 1980s Sherpas, Ivecos and Mercedes 608s were purchased. Following the acquisition by Stagecoach their standard types appeared and the preferred minibus in the early 1990s was the Mercedes 709D. One has now joined the RVPT collection.

Sold to Mac Tours in the early 2000s, it was numbered 27 in their fleet and carried the registration XIL 1483. Sold in 2008 to Pringle of Bearsden to operate Bikes Boats Boots Bus from Glasgow to Loch Lomond, towing a bike trailer. Withdrawn in 2010 it entered preservation joining the Bridgeton Museum collection. Sold to Ribble Vehicle Preservation Trust in 2019 and repainted into the original Stagecoach Ribble stripes with Zippy fleet name. It is now part of the active fleet and regularly attends our events. 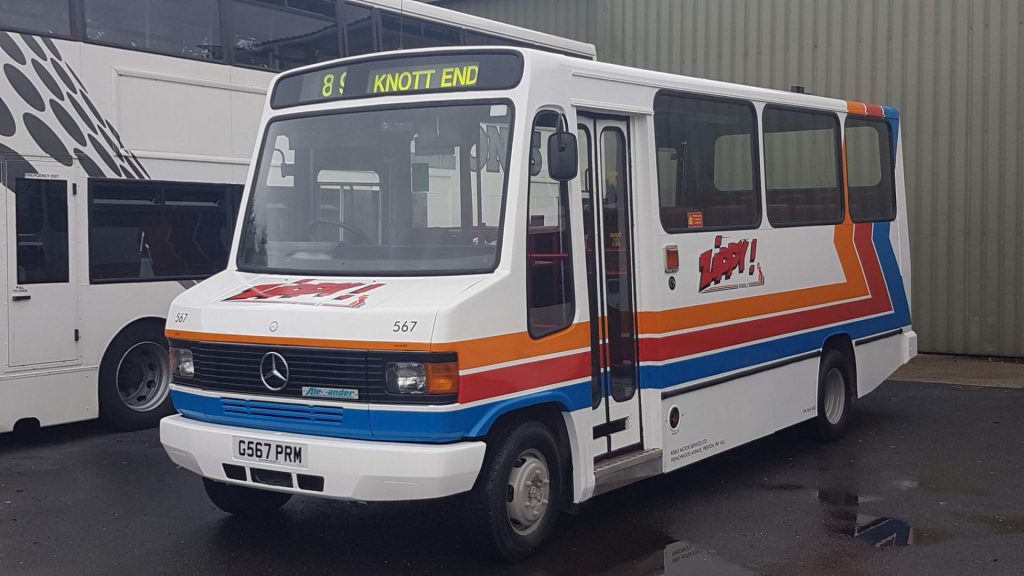