On Tuesday, November 18th National Express organised a small celebration to mark the 20th anniversary of the opening of a dedicated coach station in Liverpool. To add a historic dimension to the day NatEx invited RVPT to bring along Ribble 1052 which has been restored to its original style as a National Express coach.

The two coaches were parked alongside each other for photographs and the event was covered by the Liverpool Echo among others. 1052 may be 41 years old but it did not look out of place in a modern coach station. 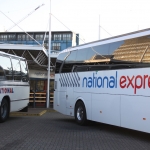 A contrast in branding 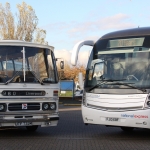 A contrast in front ends 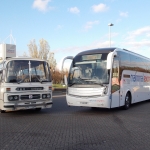