Stagecoach’s standard double deck chassis from the late 1980s to the late 90s was the Olympian, initially Leyland and then Volvo. The majority had Alexander bodies but a sizeable minority were built by Northern Counties at Wigan. RVPT has one of these, P234 VCK which was delivered as Stagecoach Ribble 2234 and became 16634 under the national numbering scheme.

It is a long wheelbase Volvo with an 82 seat body, one of a batch of 12 delivered in 1996. 2234 operated out of Preston Depot on most routes including Stagecoach express routes X58 and X61.  It then moved to Chorley Depot for use on the 125/126 service between Preston, Chorley, and Bolton. Due to the small fuel tank fitted to this batch they were not suitable for the long trunk routes and were transferred to other areas, most of them going to Stagecoach South. However 2234 moved to Morecambe Depot, remaining at Morecambe until it was withdrawn in October 2016. It also operated in Carlisle to help out after the Depot was flooded in 2005.

After withdrawal it was acquired by RVPT and was refurbished including fitting many new body panels. It was then repainted into the Stagecoach striped livery and has become a regular performer at our events. 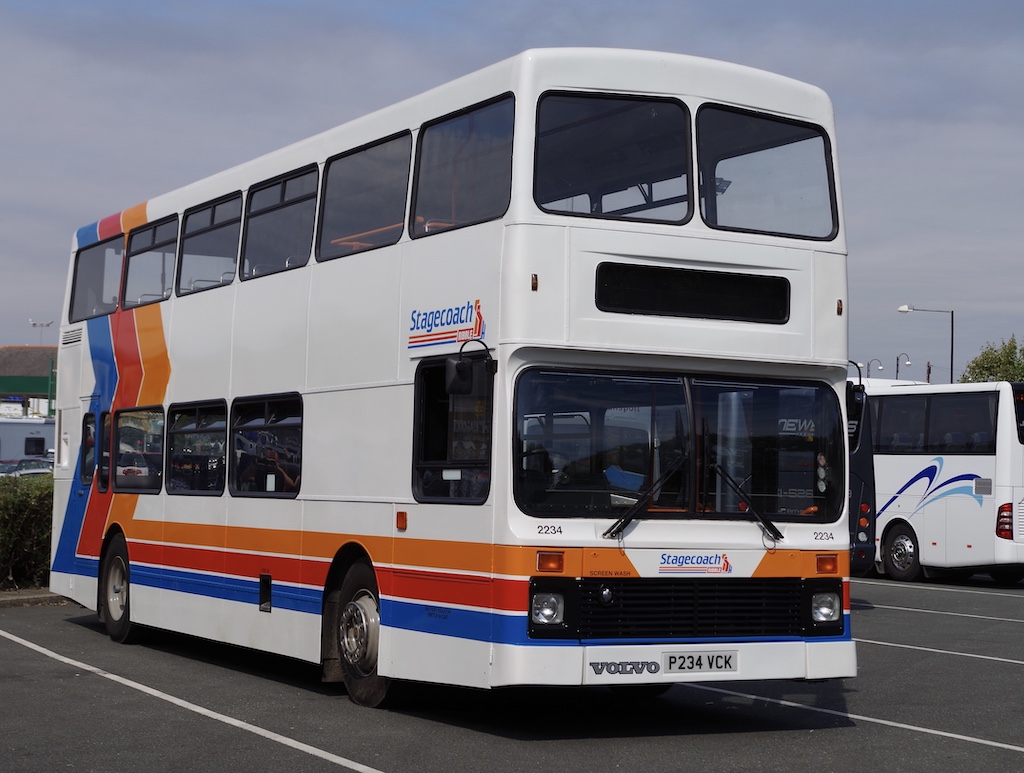