RVPT is busy with three projects at present – Ribble Royal Tiger 377 and National 372 as well as Morecambe & Heysham AEC Regent 72. This year we also intend to resume work on White Lady Atlantean 1279. All this on top of maintaining the operational fleet means we have no capacity for additional projects in the near term.

Consequently we responded positively to an approach by colleagues from the Town & District Trust to restore our prewar Tiger 209 / 2700 to operational condition. We’ve agreed that they will take the bus on extended loan and carry out the restoration. It remains the property of RVPT and once restored will be available to attend all our events. This will ensure the bus is out and about for the public to enjoy long before we could have worked on it.

Leyland TS7 2700 (renumbered 209 in the 1951 numbering scheme) began life in 1935 as coach 1420 with an English Electric body. After the war the body was scrapped and the chassis overhauled and fitted with an 7.4 litre E181 engine. It was given a new 35 seat Burlingham bus body.

Acquired in very run down condition by the Trust in the 1970s it was extensively restored in the 1980s and operated at our events until suffering major mechanical problems in 2001. Both engine and gearbox issues were resolved some time ago and now the bodywork will be refurbished. We look forward to seeing it in action once more. 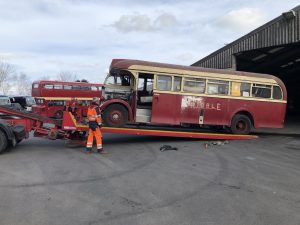 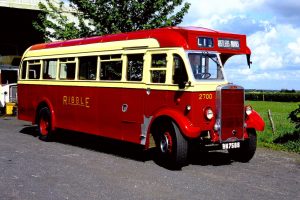