The recent open day at the North West Vehicle Preservation Trust gave the opportunity to bring together examples of the two types of full front Ribble PD3s for the first time in many years.

1775 has been in the RVPT collection for many years and is an example of the later type – PD3/5 model with Metro-Cammell bodywork and semi-automatic gears. It was from the second batch delivered in 1962; there were deliveries in 1961, 1962 and 1963 totalling 131 buses. The final batch of 36 were built to the wider dimension of 8 foot 2 and a half inches.

1523 is nearing the end of a through restoration at the NWVRT. It dates from 1958 and is a PD3/4 model with a Burlingham body and synchromesh gears. Ribble had 105 of this model with the last ones being taken out of service by 1976. Many had subsequent careers with other operators including some that went to Hong Kong.

1775 also put in an appearance at a event in our home village of Freckleton which was part of the Jubilee weekend. Along with 1931 Leyland Lion 1161 it was on display all day and was visited by many families with the young ones especially keen to visit the upper deck. 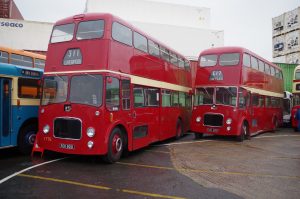 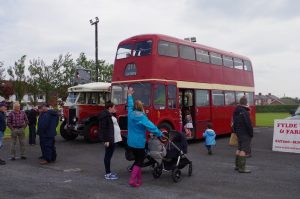