Everyone knows Ribble service buses were painted red but there’s sometimes disagreement about the correct shade. In practice it did vary. In the late 1960s a darker shade of red was adopted for the Bristol REs which joined the fleet and later, of course, NBC poppy red changed the appearance considerably. However, even in the days of “real” Ribble the shade could vary depending on the paint supplier and where it was done.

One thing can be said with confidence – they were red as this line up some of our fleet taken last week shows. 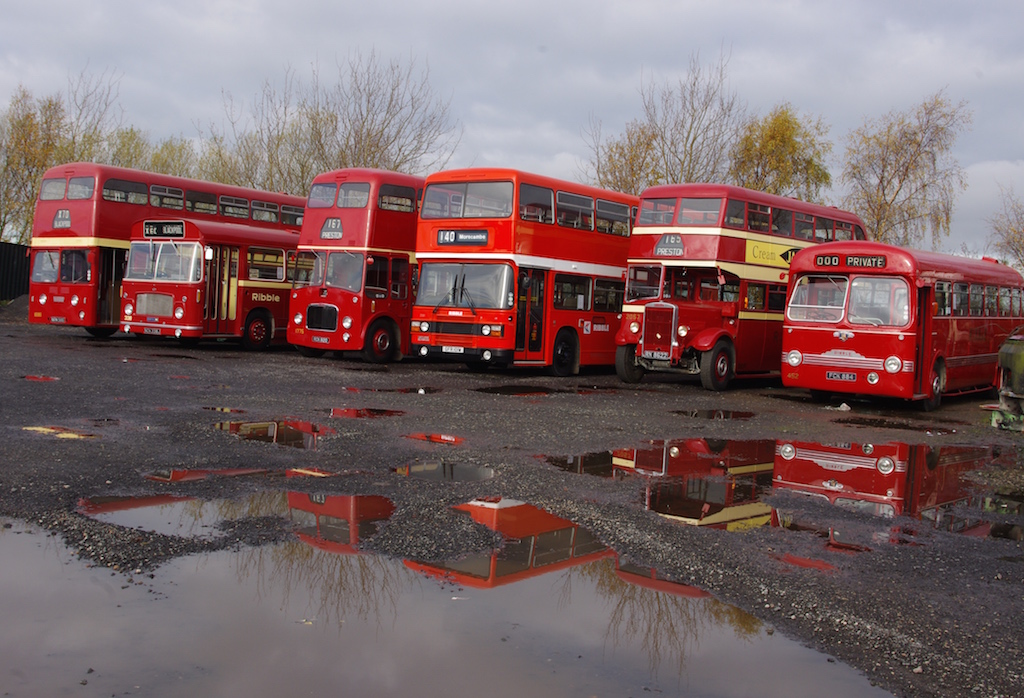