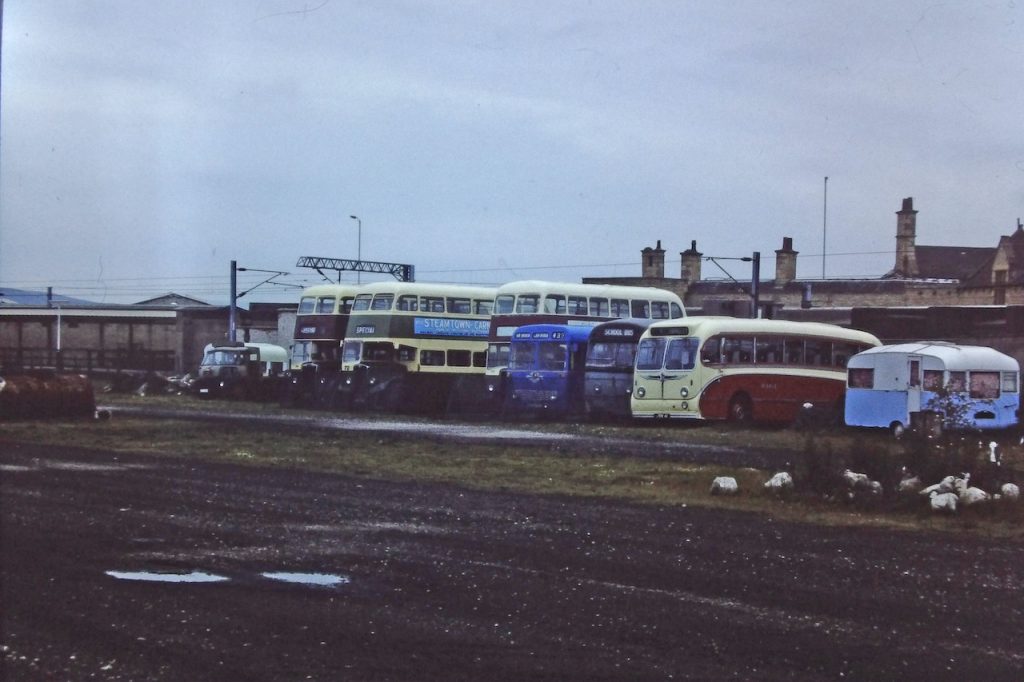 Another look back at RVPT’s earlier years. Now that we have two modern, well equipped buildings it’s hard to recall the 1980s when one section of what was then RVPG had to keep its buses outdoors on the windswept car park at Steamtown. The fact that Steamtown offered us a place to keep our buses was appreciated but there were no facilities apart from a small shed where we could make a brew and shelter from the rain, hail and gales. All maintenance had to be done in the open and even painting was undertaken in dry weather.

Of course keeping buses outside is never good for them and several buses deteriorated considerably during this time. This is one reason why the current rebuilding of 1349 is such a major job. Others which were already in poor condition did not survive in the long term including Tiger Cub 975 and Lancaster 881. Fortunately Morecambe 72 did survive and its restoration is well underway. Another municipal bus which was kept at Carnforth was Preston 14 which is now being restored at Burscough.

The group eventually left Carnforth at the end of the 1980s and after a short time at a temporary site was able to move to a private site at Inskip, eventually getting the buses undercover. In the late 1990s we finally moved to our current location but some of us can still remember that freezing car park. 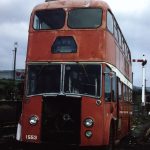 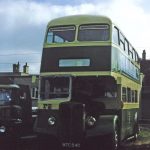 Morecambe 72 is now being fully restored 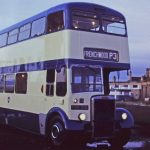 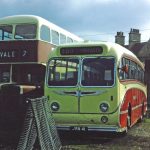 Tiger Cub 975 and Lancaster 881 did not survive