After an initially successful engine transplant on PD3 1775 new problems emerged. It has been necessary to remove the head and remedy oil leaks. This work is underway and hopefully the bus will soon be back to full health.

Leopard / Duple coach 1052 was restored to original National Express condition over 10 years ago and had reached the point where some repairs were needed to the bodywork. These have been completed and the coach was then treated to a full external repaint. Once the paint had hardened all the fleet names and numbers were added. It now looks resplendent and is ready for many more years of service. 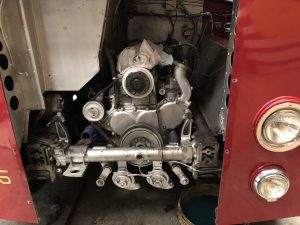 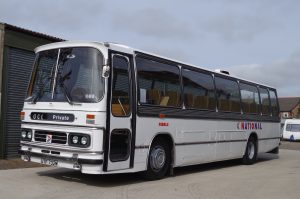